Gutenberg to Zuckerberg: A Tale of Two Revolutions

The printing press and social media democratized communication in their respective times. They both turned the order of things on its head — for good, for ill, and forever.

Why Cities Have More People but Less Clout

Cities have always gotten less than their share from states. As they've become wealthier and more Democratic, they've come increasingly under attack.

Government Has a Trust Problem. It Will Take Time to Restore

The route to trust in our institutions is through candor, competence and a clear sense of mission. Two examples, from Indiana and West Virginia, show how trust can be rebuilt one careful step at a time.

The Future of Work 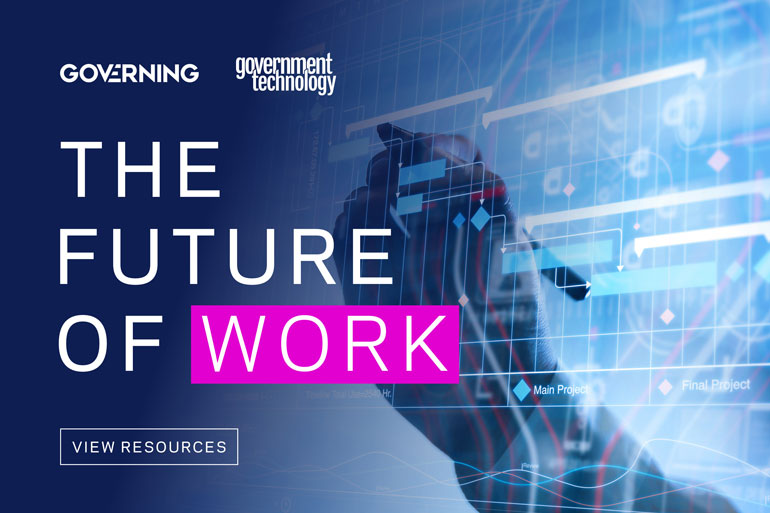 THE FUTURE OF Finance

Maryland made history last week, becoming the first state in the country to codify a tax on digital ads. The move would have a significant financial impact on big tech, but the bill will probably face multiple legal challenges.

THE FUTURE OF Security

In nine states, some jurisdictions have allowed voting via computer or app.

By Matt Vasilogambros and Lindsey Van Ness, Stateline  |  February 19, 2021
Read More
Who Said That?
“At that point, it’s a question of whether [the] town meeting is a viable way of running town and I think for most towns, it is.”
More Quotes

It's an important tool for evidence-based decision-making and program management. Asking agency leaders one simple question can start the process of building it.

By Andrew Feldman of Grant Thornton and Jenni Owen of the North Carolina Office of Strategic Partnerships  |  February 18, 2021
Read More

Slab City, a do-it-yourself, free-wheeling community, has been functioning to some degree for decades. Without any infrastructure or civic institutions, such as police or fire services, it exists by defying normalcy.

The number of new EV school buses that the Montgomery County, Md., Public Schools Board of Education has ordered, the largest single order of EV buses by any school district in the nation. The new buses will be implemented across the next four years.

The Promise a Local Politician Can Keep: a Clean City

Every neighborhood should be free of litter, debris and property- and housing-code violations. There's plenty that government can do, including helping residents understand their own role.

When far-right and far-left politicians get most of the media attention, it hurts democracy.

Evidence-Based Government Gets a Boost During COVID

As strains on public resources grow, a new center at the National Conference of State Legislatures shares lessons from evidence-based policymaking to help states make the most of programs and budgets.

The acquisition, probably the biggest gov tech deal ever, would bring together a giant of local government software with a giant of state software. Here's how the deal came together, and what it might mean for gov tech.

Gutenberg to Zuckerberg: A Tale of Two Revolutions

The printing press and social media democratized communication in their respective times. They both turned the order of things on its head — for good, for ill, and forever.

Across the Nation, Changing of the Guard at City Halls

Donald Trump Has Earned Membership in the President’s Club, the World’s Most Exclusive Fraternity. What Does It Mean?

The Promise a Local Politician Can Keep: a Clean City

Government Has a Trust Problem. It Will Take Time to Restore

Evidence-Based Government Gets a Boost During COVID

Our Cities Get Zoning All Wrong. Here’s a Way to Do It Better

Government’s Supply-Chain Vulnerabilities — and What to Do About Them

As Trump’s Trial Nears, Here’s a History of Unusual Impeachments

How ‘Mesofacts’ — and Their Perception — Can Make or Break a City

Closing the Policy Lag in Changing and Challenging Times