This website uses cookies in order to offer you the most relevant information.
x
COMMENTARY | Innovation Perspectives

Accelerate This: Building a Pipeline of Innovations

How They Did It: Louisville

Louisville was prolific in developing pilots that led to a pipeline of innovation and performance improvement projects during the City Accelerator.  By focusing on developing a data-driven culture, Louisville’s Office of Performance Improvement & Innovation (OPI²) has become a sustained operation for their Metro government. As a result of 18 months of trial, error, and process refinement, Louisville’s City Accelerator team accomplished the following:

1. Identify cross-departmental opportunities to improve performance. Louisville cross-analyzed data from the Louisville Fire Department (LFD) and client data from the Department of Community Services (CS), revealing significant overlap between house fires and poverty. This analysis spurred several solutions, including: (a) The development and implementation of a fire safety cross-training and educational materials for CS caseworkers; (b) The creation of a Fire Safety Checklist Tool to be used by caseworkers during home visits with clients; (c) The establishment of a notification process between LFD and CS to alert LFD of homes that have been identified to be without a smoke detector; and (d) The “Holy Smokes” hackathon. 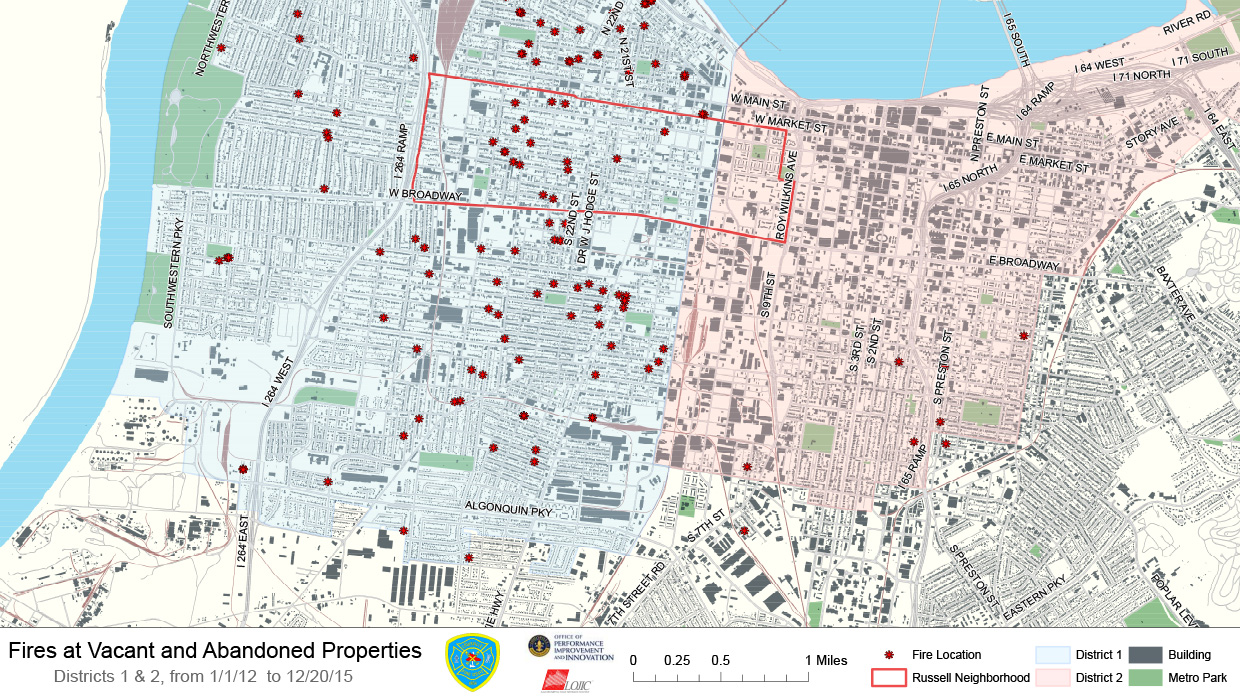 4. Go beyond one-off hackathons. While hackathons can generate a lot of ideas, these ideas don’t always become a reality. By leveraging City Accelerator grant funds and effectively engaging its local entrepreneurial community, Louisville’s OPI² supported the production of fire-detection devices that will be installed on vacant properties and potentially save lives in distressed neighborhoods.

Why this work matters

The Louisville City Accelerator team embedded an innovation culture by giving innovation a home.  Metro Government employees were engaged by OPI² staff to generate ideas and trained to take risks while having a safe space to fail. OPI² used the same criteria--including, the impact on residents, city department priorities, and mayoral priorities — to assess innovation projects. The results: streamlined resident-facing processes, efficient use of taxpayer dollars, existing resources freed up, and increased collaboration between city departments.

What Louisville has achieved through the City Accelerator is not only sustainable, it is also replicable.  When local government values staff development, partners broadly within and outside city hall, and designs a process that leverages its human capital to deliver human-centered results, innovation can become second nature and residents can be the first to benefit.

Since 2012, Louisville had two offices with related but discrete roles: an Office of Innovation, focused on civic innovation and strategic planning efforts, and an Office of Performance Improvement, focused largely on specific process and measurement activities such as Lean and LouieStat.  Louisville’s main goal with the City Accelerator was to transition from these dedicated teams focused on innovation, to a model where innovative practices are embedded across departments. Louisville also sought to establish capacity-building relationships with community partners.

Be part of the campaign for civic innovation at the City Accelerator, presented by Citi Foundation.

THE IMPACT OF EMBEDDING A CULTURE OF INNOVATION

Moving from Process to Results: Growing a Culture of Innovation in City Government

Accelerate This: Coming in From The Cold

Accelerate This: Getting the Assistance Seniors Deserve

Podcast: A People-Centric Approach to Producing Impact for Low-Income Residents

Podcast: Building a Narrative in Cities Throughout the Country

Lessons Learned in How to Empower Businesses of Color